Suggestions GDPR - But not just because

GDPR - But not just because

I saw a note somewhere that GDPR features are or will be worked on for UNA. But, I want to suggest something that would be part of GDPR compliance, but I want this feature not because of GDPR. Even if GDPR didn't exist, this is just a good option to offer members of any website.

Will the UNA team consider (or is this already being worked on), a way for members of a UNA based site, to be able to backup/download their own posts?

I would think the reason this traditionally isn't included in various platforms is because I imagine it could be a huge server resource hog. In other words, if someone has thousands of posts and they suddenly want to download them all, I imagine that takes a lot of effort from the server. There would need to be limits. Maybe something like, each member can only download their posts once a day. Or, once a week.

I think this could be text-only too. In other words, pictures, videos, audio, and other media would not have to be included. Just a text back up of all your posts. From the Posts app, Timeline app, and Discussions app at least. 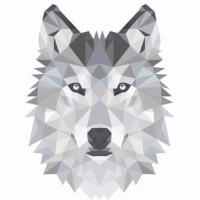