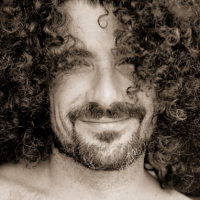 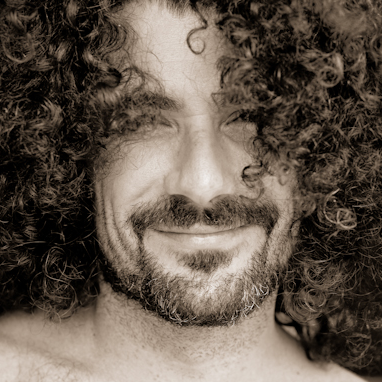 Where to start when life's meaning is a doughnut

As I track through this journey, I know that personal energy (enthusiasm, passion, commitment, optimism) have a big influence on success. So I want to offer an insight in how I’m managing my energies, relative to my project.

I think it starts with asking myself, “What am I really trying to do here?”

If I get as close as I can to the essence of what I’m trying to do with this life, what do I have?

Most days, it’s a doughnut.

If I am honest with myself, the deeper I dig down through my motivations, the more I find that the centre is empty.

I want to bring people together, because I believe in the power of community, because the human that is supported is a human that is open to love, and because one day entropy will reduce everything to mush.

Bertrand Russel, one of the great lights of 20th Century philosophy said that every system of thought must make peace with this idea at some point. In a flourish that would make any poet blush:

“That Man is the product of causes which had no prevision of the end they were achieving; that his origin, his growth, his hopes and fears, his loves and his beliefs, are but the outcome of accidental collocations of atoms; that no fire, no heroism, no intensity of thought and feeling, can preserve an individual life beyond the grave; that all the labours of the ages, all the devotion, all the inspiration, all the noonday brightness of human genius, are destined to extinction in the vast death of the solar system, and that the whole temple of Man’s achievement must inevitably be buried beneath the débris of a universe in ruins—all these things, if not quite beyond dispute, are yet so nearly certain, that no philosophy which rejects them can hope to stand. Only within the scaffolding of these truths, only on the firm foundation of unyielding despair, can the soul’s habitation henceforth be safely built.”

I denied myself nothing my eyes desired;
I refused my heart no pleasure.
My heart took delight in all my labor,
and this was the reward for all my toil.
Yet when I surveyed all that my hands had done
and what I had toiled to achieve,
everything was meaningless, a chasing after the wind;
nothing was gained under the sun.

In the end Solomon’s great wisdom suggests that, “a person can do nothing better than to eat and drink and find satisfaction in their own labour.” Effectively, “have fun and try your best.”

So everything is meaningless. Great. Fabulous.

So how do I marry the creative inspiration that keeps pushing at my soul with the truth that everything created will be destroyed?

Giving up and sitting on the couch and eating doughnuts is one solution, but not a satisfying one.

So, using this blog as a forum to process my thoughts, this is how I’m dealing with it. What do you think?

First, I want to accept reality as it is, even celebrate it. Rather than “raise my lament against destruction”[1], I want to hold the thought that “impermanence is what makes creativity possible.”[2]

That is, if everything that had ever been made was still around today, it’d be awfully crowded. There would be nowhere for a poet to sit in the sun and contemplate the leaves of a liquid amber tree.

The canvas of the cosmos has a self-cleansing mechanism built into it by design. This in turn suggests to me that God is more like an artist than an architect, and maybe existence exists only as a creative flourish.

And if that is true, then there is space for this creative being of me. There is a role and a meaning that can be given to my life. It starts with taking my place in the audience – as someone witnessing and celebrating the spectacle. Let me then be a connoisseur of life. A gourmand.

But it also extends into the possibility of living as a co-creator with God. Even to be a stage-hand shuffling lights around back stage is an honour, to feel an ownership over, a sense of creative pride in, the great unfolding tapestry of life.

As Alan Watts said, life is not a ‘journey’ from point A to point B. Rather, we should “play” our lives the way one plays a musical instrument.

The interesting thing about the application of this meaning to your life is that then it gives you a guiding principle, bright as the north star – beauty. Creativity (at least as we understand it) is guided by the shifting aesthetics of beauty. We like making beautiful things.

And so in everything I do, let me nurture beauty. Let me create the conditions for beauty to flourish – in my work, in my joy, in my relationships and in my community.

And so as I take these first steps towards building this project and building this community, let me set this as a foundational guiding principle:

Let this project stand in service to creation, to creativity and to beauty.

And you know, let’s see what flows from there.

What do you think?

Will these guiding principles keep me from floundering on the rocks?

[2] I can’t recall or find the source of this quote. I think it was one of the Thai Buddhist masters… Help?

So one of the first tasks is to describe in the broadest, most heroic terms what my website is going to be about. This is ‘The Epic’.

The Epic helps any one on the UNA.IO team who is new to your project get a quick handle on what it is all about.

And it’s been surprisingly hard.

As Einstein said, if you can’t explain something simply, then you probably don’t get it.

It’s my project and I probably don’t get it.

Writing the Epic has made me realise how many vague notions I have floating around this project. It’s like I have bunch of jigsaw pieces laid out on the carpet in front of me. The pieces come from three separate jigsaw pictures, but I’m just trying to complete one.

And I’m still not sure what that ‘one’ looks like exactly.

So the Epic has forced me to focus on exactly who my community is, what their needs are, and what I’m offering. It's time well spent.

This is my first cut. It’s still a little clumsy. What do you think?

To create space for and encourage artistic relationships and art-rich communities.

Outside the mainstream, it is possible to thrive as an artist if we focus not so much on the “products” we sell, as on the “relationships” we have with the people who enjoy our art. Patreon and their ‘subscription’ support service are a proof of concept.

However, we do not have the tools to reach out to new supporters, or to actively engage with existing supporters. Artist websites are too blunt and non-social, and Facebook Pages are useless and/or expensive.

As experiencers we want to be able to intimately relate to the artists we get excited about, to see into their creative processes, and be part of their artistic conversation. We also want to be able to share our passions with others, and find more acts that inspire us.

This site will be a social network focused on artistic relationships. Somewhere between a personal website, and a facebook for art lovers. It will be a place where artists can:

The curating tools offered to artists will be offered to everyone, enabling people to construct their own personal galleries, playlists, reading lists etc.

There will be tools to ‘share the love’ so that people who land on one artist’s site will be offered suggestions to similar artists.

My career as an economist ended the day I woke up shitting blood.

I had been working at the Reserve Bank of Australia for six years. I had graduated at the top of my class at university, so I think its fair to say that through those six years I was a pretty solid disappointment to the Bank. I just couldn’t muster much enthusiasm for the work, and I modulated between occasional good work and falling asleep in meetings.

As my last performance review said, “Tom is capable of good work, and writes very well, but if he’s serious about a promotion he should consider wearing shoes.”

Not that these were easy days for me. Work felt like a dysfunctional relationship, and I spent my non-work hours trying to figure out what it was I actually wanted to do with life. I ended up putting a lot of time into the local writing and performance scenes, and I maintained a very active activist schedule.

And in the end, I think, I just burnt out.

In the end, I woke up one morning shitting blood. My housemate, who was a nurse, rushed me over to the hospital on his motorbike, and I went in for observation. I still don’t quite know what happened.

But for 36 hours I went through that long, dark tea-time of the soul. And at one point, around 3 in the morning, I had that dreadful thought. “What if I go out like this? There’s so much I want to do.”

The life that I wanted to live was still waiting for me to live it.

And so I bit the peach. The first day back at work, I announced my retirement. For the next 7 years, I just gave myself to my passions. I recorded an album. I joined a radical theatre troupe and went on tour. I spent three years in Turkey living with a Sufi community. I learnt to salsa dance.

And by the end of 7 years, I had reached a point where I could honestly say that if I died tomorrow, I would regret nothing. I had lived a life well lived.

And that, mum, is why it took me so long to have kids.

My vision, through the UNA-powered site I am building, is to create a social gallery experience, where artists working with diverse mediums can exhibit, collaborate and hopefully sell their work.

And oh, I grew up in small-town Australia, so I am friendly by instinct. Drop me a line and say Hi.

Our mission is Unity

Our products are real, words are sincere, and intentions are genuine. We are open, candid and brave.

Our actions are useful, practical and supportive. Our products help to solve problems and remove pains.

We promote ambition, passion and commitment. We lead to success and inspire constant progress.

We cultivate pure, simple solutions, focusing on what is essential in every decision, word and product.

We are considerate, generous, friendly and caring. We support goodwill and compassion.

What it means and how it works

This manifesto is a guiding principle for everything we do. When we face a decision or receive a question, we always mentally connect with this manifesto and apply it. For example...

Where to start when life's meaning is a doughnut