GitHub allows to make code better and more secure, now everyone can help us by committing pull request. We check each pull request very carefully and accept only quality code.

Code is automatically tested upon each new code push. However code coverage is low for now, but we will add more unit test in the future. Unit test are powered by PHPUnit

Upon every new code push, ready to install version is packaged. It's not even nightly builds, it prepares new package as soon as new code is added to the repository, even every 2 minutes. So you can always get the latest installable development version and test it for the new features and report bugs. It will allow us to fix reported bugs even before beta version.

Live demo site is installed upon each new code push to GitHub. So if you don't want to download and install development version by your own, then live version is always available for tests. It is reset and reinstalled as soon as new code is available. Hopefully this will allow to detect any bugs very early to make future beta and final release bug free as much as possible.

Code is continuously tested for any duplicated code. We already cleaned the code to get rid of any duplicates:

and watching for any new ones, if it is occasionally added.

Everything above is working together (thanks to Jenkins) and history of changes is saved and presented as visual graphs. Importantly it immediately notify developer by email if they commit code which is not installable or some test are failed, making them to fix problem ASAP.

UNA can be installed with just one command line with any set of modules, or modules can be installed using command line script. So testing separate install is really easy. Also I believe it will make life easier for hosting operators, allowing them install dolphin just in seconds. It will also make integration with automated install tools more consistent since the same script is used to install UNA using build-in wizard, or command line install by operator, or using automated install tools.

UNA is developed with E_ALL error reporting level, so even notices are not emitted anymore.

We cleaned-up any evals from the code and DB to make code more secure and easier to debug.

Every file has inclusion check, so PHP files which are supposed for inclusion can't be accessed directly. It will make code more secure in general.

We review every line of newly added code, before it goes to production.

It allows us to solve any problems quickly, thanks to modern technologies which helps to communicate within the team, even if someone isn't on the work place. 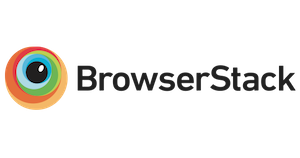