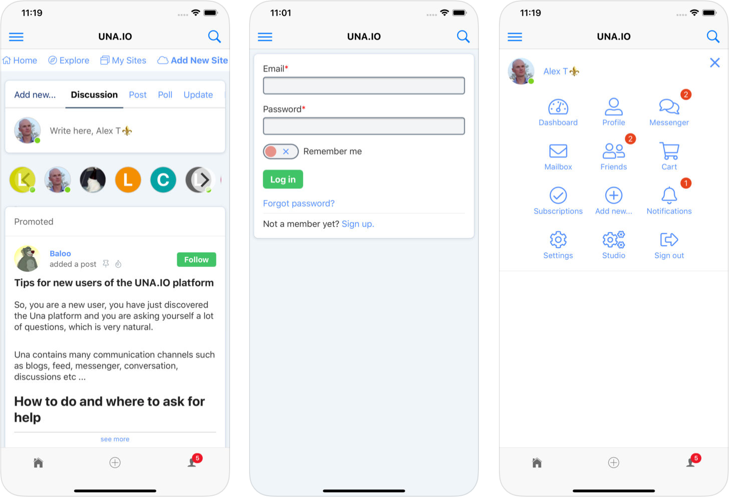 The very first public build of ReactNative apps for UNA is available for testing. These are compiled for UNA.IO website specifically, so you install them and use with your UNA.IO account to test and tell us about any issues you may find or any ideas on improvements that you think would be needed in the nearest future.

Please, note that this is the very first version, which we keep as simple as possible. From this stage, we plan to start adding new features and making adjustments regularly. Both apps will allow you to receive native push notifications and generally use the site without the browser. We plan to test them actively over the next two weeks and then release updated versions, along with their source code to the community.

UNA Native apps connector for your own site will be available as part of Pro and Cloud subscriptions or to be purchased separately for $100 (one-off fee with 1 year of updates and support included).

The source code for both apps will be publicly available for review. Developers are welcome to fork and commit improvements.

Both apps will be released under MIT license.